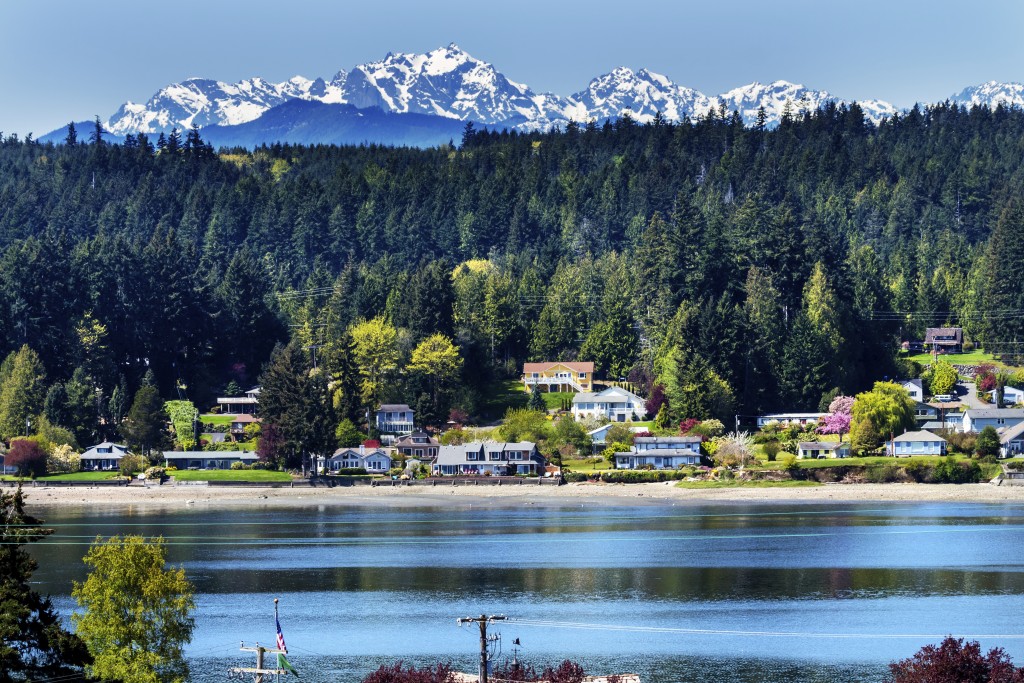 Located just nine miles west of Seattle, the Kitsap Peninsula is easily accessible by sea, land, or air from launching points all over Puget Sound. Unspoiled, unhurried, and unique, the Kitsap Peninsula offers bountiful recreational, cultural, historical, and shopping opportunities for those who are looking for a break from the hectic pace of city life.

Imagine being able to take a ferry to Seattle but not having to worry about driving in Seattle or owning a home in Seattle. Imagine taking an afternoon to hike scenic Hurricane Ridge or beautiful Green Mountain. Imagine opportunities to golf on one of several golfing courses. Imagine grabbing a bite to eat at one of the many waterfront restaurants. This may be the reason people prefer commuting to work but coming home to the Peninsula. This may be the reason military families find rest when transferred to the Puget Sound. Whether you enjoy camping, swimming, kayaks, indoor or outdoor athletics, fine dining or rich culture and art, the Kitsap Peninsula is the gem of the Pacific Northwest.

When you live on the Kitsap Peninsula and work for Martha and Mary, you get the best of both worlds.

Poulsbo is a thriving, growing community with many amenities that attract tourists and encourage people to move to this area. While tourism is one of the major industries, several new high-tech and medical-related businesses have relocated to the area. Poulsbo, with its picturesque downtown core of cozy storefronts and shopping areas at Poulsbo Village and College Marketplace, offers many amenities to citizens and visitors. These include several beautiful parks, a boardwalk along Liberty Bay, three marinas, interesting gift shops, delicious bakeries, a panoramic view of Liberty Bay and the Olympic Mountains, good schools, efficient police and fire protection, an active Chamber of Commerce and a caring community.

The city’s leaders are forward looking and are conscientiously working to widen the tax base of the area and bring Poulsbo into the twenty-first century a healthy, thriving city while maintaining the Scandinavian heritage that earned Poulsbo the nickname “Little Norway”.

About the Puget Sound Area

Our corner of the Pacific Northwest has become a global icon for quality of living. National magazines such as Fortune and Money rate the Puget Sound region one of the best places to live and raise families in the United States.